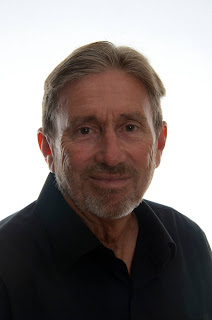 Q. 1when did you decide you were going to write a book?

. Actually, I was writing a short story, but when I read it for my critique group, several people suggested I should make it into a book instead. A few months later, I had written my first novel.

A.   PATCH MAN was the label of the main character in the book. He (Var) uses magical patches to repair, heal, and open things, so it was logical to name the book after him. It is now the name of the series—PATCH MAN SERIES—as I have just finished the fifth book in the series.

A. I’ve written a few short stories finished the fifth book in the PATCH MAN series and started the first book in a fantasy series called GRAY RIDERS.

A. If a writer is just getting started, I would certainly recommend taking a Creative Writing class at a local community college or connecting with a writing critique group. Both will give you the necessary feedback and incentives for writing. Next, I would tell authors to never be discouraged. Rejections come with the territory. It’s difficult, but they need to have strong egos and not let one person/publisher destroy their love of writing. Be passionate about what you write

A.  Here are a couple of sources: www.facebook.com/RickSteppBolling is my facebook page, and rickstepp-bolling.com is my author web page.

A. As I said previously, writing is a passion, so, yes, I plan to continue writing until I can’t do it anymore. Definitely more books in the future.

A.  I have five books in the PATCH MAN series, a book of short stories (AUTOCIDE), a collection of poetry (SMOKE AND MIRRORS), and I’m writing another novel called GRAY RIDERS.

A.Not exactly. I went to college (UCLA, UC Santa Barbara) to have a career in my major (English), but it also paid dividends for my writing career. I became a professor of writing, study techniques, and creative writing at a community college, so everything eventually came together.

Popular posts from this blog

November 14, 2019
Interviewing Author Laurie PiliaQ1. tell me about yourself?
A. Fun facts about me:

Q2. When did you decide you were going to write a book?
A. It all started with a thought of creating something with the emails shared between my husband and I - I thought at a minimum it would be fun to pass this down to our children. After allowing others to read the emails and telling our story, so many people would say that I should write a book....so I did :)
_Kisses from Sardinia _has all the makings of a novel, but it’s a true story—a story of chance, romance, and happenstance that every woman, young or old, should read and thus be inspired. Laurie’s tale of adventure will awaken youn…
Post a Comment
Read more

June 29, 2020
Interviewing Author  Glincy Mary Jacob
1. Tell me about your self what are your favorite books to read?

A. I am Glincy Mary Jacob and I hail from India. An engineer by profession and an author by passion. I like to read all genres and I don't restrict myself when it comes to true artistic works.


Q2.when did you decide you were going to write a book?
A. I always wanted to do it. Just that I waited for the right time to come!
3. How did you come up with the name of your books?
A. Lior - The name of my book is the name of the main character of my book. Trust me, that wasn't the name I initially thought of, but gradually it evolved and I am happy today that I came up with that name.
4. What are you working on for 2020?
A. In 2020, I had published my book, Lior: the unsmelled petrichor and it is available in Amazon. I think I'll reserve 2020 just for Lior.

5. How long have you been writing?
A. I started writing from a very young age, about when I was 12 years old.

6. What advice would you…
2 comments
Read more

Q1. Tell us about yourself. What are your favorite books to read?
A. I’m a SAHM and wife. I love to watch horror movies especially if it’s based on a Stephen King book. I am a huge fan of two phenomenal female authors, Kimberla Lawson Roby & Victoria Christopher Murry. They both write African American fiction. Their novels are so inspirational.
Q2. Where did the inspiration to write come from?
A. Wow, I remember falling in love with writing in school. Being given an assignment that allowed me to create my own story was an incredible feeling. I would spend a lot of times in my room as a kid writing fun comic strips. But the day I made the profound decision to write a book. Was when I was in middle school and a classmate had a notebook with her own fiction story. I read it and thought to myself. Hmmm, I would write one better.

Q3. How did you come up with the name of your books?
A.  A lot of brainstorming and researching to make sure the title isn’t a…
Post a Comment
Read more

All about me Angelika