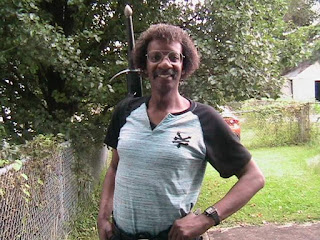 A. I live in the Pittsburgh PA area. I'm 59, but I look a lot younger for my age. I'm a long time science fiction and Marvel comics fan. I like to read books by other sci-fi writers. As well as WW 2 history.

Q2. when did you decide you were going to write a book?

A. I've always had a natural talent for writing. Way back in 2007 I decided to finally put my creative energies to work and write my first novel. That's pretty much the birth of my McKenzie Files series.

A. I took the name McKenzie Files from my lead character, Colin McKenzie.

A. I'm currently working on a graphic novel adaptation of my first McKenzie Files book. After that, I'm finally going to start working again on my WW2 horror novel, Dogs of War. Then McKenzie Files Book 5. I am so behind on the things I want to do.

Q5.  How long have you been writing?

A. Don't let rejections discourage you from reaching your goal of being published. I've collected a stack of rejection letters that are five inches thick. But I kept going until I finally landed that one golden acceptance letter from a publisher.

Q7. .where can people find you online?

A. You can easily find me on Facebook under Barry K. Nelson.  I also have a separate McKenzie Files page that's filled with a lot of fun things. https://www.facebook.com/McKenzieFilesSeries/

Q8.  Do you plan on making more books in the future?

A.  Oh absolutely. I'd like to do the amazing task of squeezing thirty books out of my series before I conclude it. And I have a few other ideas that I'd like to pursue.

A. I've written a total of seven so far. Four books in My McKenzie Files series. McKenzie Files Book One.  Assassination Anxiety, McKenzie Files Book Two. Obliteration and Maximum Deevor, Books Three and four. Both soon to be released by my publisher, Dreaming Big Publications. As well as a stand-alone book titled, Evil Walks. I've also self-published novella titled Hybreeders. And an art portfolio book, The Dark Threshold. Both books can be found on Amazon.

A. No. I've always had this talent. The more writing I've done the better I've gotten at it.

I would like to say Thank you to Author Barry Nelson for allowing me the honor to interview him on my blog. 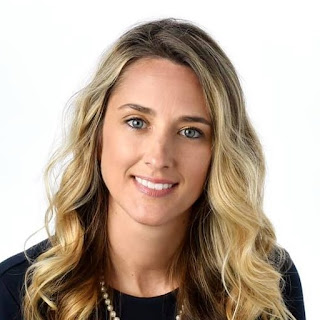 Interviewing Author Laurie PiliaQ1. tell me about yourself?
A. Fun facts about me:

Q2. When did you decide you were going to write a book?
A. It all started with a thought of creating something with the emails shared between my husband and I - I thought at a minimum it would be fun to pass this down to our children. After allowing others to read the emails and telling our story, so many people would say that I should write a book....so I did :)
_Kisses from Sardinia _has all the makings of a novel, but it’s a true story—a story of chance, romance, and happenstance that every woman, young or old, should read and thus be inspired. Laurie’s tale of adventure will awaken youn…

Interviewing Author  Glincy Mary Jacob
1. Tell me about your self what are your favorite books to read?

A. I am Glincy Mary Jacob and I hail from India. An engineer by profession and an author by passion. I like to read all genres and I don't restrict myself when it comes to true artistic works.


Q2.when did you decide you were going to write a book?
A. I always wanted to do it. Just that I waited for the right time to come!
3. How did you come up with the name of your books?
A. Lior - The name of my book is the name of the main character of my book. Trust me, that wasn't the name I initially thought of, but gradually it evolved and I am happy today that I came up with that name.
4. What are you working on for 2020?
A. In 2020, I had published my book, Lior: the unsmelled petrichor and it is available in Amazon. I think I'll reserve 2020 just for Lior.

5. How long have you been writing?
A. I started writing from a very young age, about when I was 12 years old.

6. What advice would you…

Q1.     Tell me about yourself. what are your favorite books to read?
A. I am the author of the book ‘Prodigal Love?’, a true blend of romance, crime, and mystery. I am compassionate, zealous, and creative. I have a Master's degree in Software Systems and has been working in the IT industry for 15+ years. I am an Indian, currently residing in the USA. I love to paint, dance, sing, travel, read, write, workout, and do taekwondo. My passion for writing has driven me to take up writing professionally recently. I love reading thriller and mystery genre books. Sir Arthur Conan Doyle, Jeffrey Archer, and Jane Austen are some of my favorite authors.

A. 2. When did you decide you were going to write a book?
A. Five years ago, when I came across a true story. I started writing it two years ago and published the book this year.

Q3. How did you come up with the name of your books?
A. My novel is a blend of romance, crime, and mystery. I came up with the title w…