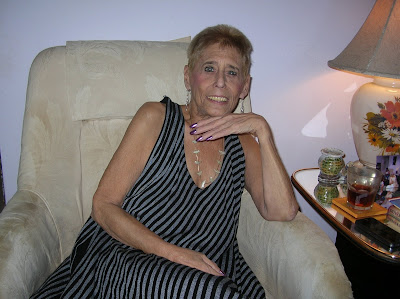 Q1.  when did you decide you were going to write a book?

A. In 1992 I was editing magazines and had an idea for a one-shot mag. My then best friend was bemoaning the fact that Christmas vacation was approaching and she didn't have any idea how to keep her kids occupied for the two weeks. I realized this was a universal problem and suggested to the publisher I was editing for that he put out a magazine filled with activities that bored kids could do over vacation. By now it was too close to Christmas to get the mag out in time for Christmas vacation, but I said I could have it written and edited in time to publish it for Easter vacation.

He considered the idea but ultimately decided against it. It was too good an idea to give up on, however, and I came up with the audacious-seeming idea to edit it as a book. I would write as much of it myself as I could but invite friends and fellow writers to contribute ideas as well and, when the book sold, I would compensate them proportionate to their contributions.

There was not then the plethora of activity books that exist today, and one of the first publishers I sent it to, Berkley, a big New York publishing house, snapped up Mommy, There's Nothing to Do.

Prior to that, I had written only short-form stuff, but having written and sold one book, I was bitten by the bug and went on to write more…and more and more. I wrote both children's books (mostly fiction) and adult's books (mostly nonfiction). And now I have over 100 books to my credit.

A. There is no one pat answer for that—and in fact, I have had publishers change my titles a couple of times, once to my utter dismay as the publisher's title is-conveyed the concept of the book.

A. I have a number of books coming out in 2018, though I am not working on them at this time; they are already written and either going through the editing processor, in the case of the children's picture books, is illustrated. For adults, 2018 will see the release of Wisdom from a Happy Woman, Book 2, a follow-on to the first book in what will ultimately be a series of four, published by Crimson Cloak Publishing. Also for adults and also from Crimson Cloak, I'll See You at Rainbow Bridge, stories of people who have had encounters with the spirits of their deceased pets. For children, Crimson Cloak is bringing out a nonfiction picture book, Don't Call Me a Dinosaur, about pterosaurs; also a fiction picture book, I Wish I Could Trade Parents; and my Christmas book of the year (I have gotten into the habit of writing a Christmas-themed picture book every year), Dog's Christmas Present.  I have one more fiction picture book coming out this year, this one to be published by AcuteByDesign, Jamal Goes to the Hospital.

I have been writing all my life, starting with poems and such as a child, articles for the summer camp newspaper, articles for the local weekly when I was a teen and doing what would now be called interning, and more. But, as I said above, I didn't write my first book until 1992.

Follow your dream and don't give up, but know that the hardest part of writing is not the actual writing process but marketing your book once it is published. Between the rise of boutique publishers and the availability of self-publishing, there is such a glut of books out there that it is exceedingly difficult to get your book noticed by the reading public.

Q6. were can people find you online?

A. My website is www.cynthiamacgregor.com. There you can learn more about me, my books, and some of my other projects, and there are contact buttons through which you can send me an email if you wish to get in touch.

A. I don't think I will ever stop writing. Currently, I am ghostwriting a true crime book, but since it is a hosted project, it will carry my client's byline, not mine, as if he wrote it. Currently, also I am promoting scripts for pilots for two TV shows (which is odd since I don't watch TV). I wrote one of the two on my own and co-wrote the other with a client for whom I have edited several books and am in the midst of working on another.  If either of these series gets picked up by a network (and I know the odds are against that happening), I will be too busy writing scripts to write any more books for a while. And one of my publishers, AcuteByDesign, is getting ready to launch a self-publishing division, for which I will be editing. A previous ghostwriting client of mine has told me he has another book he wants me to ghost, probably starting in September. All I can say about it is that it will be adult nonfiction. Meanwhile, however, Crimson Cloak Publishing has a number of other books of mine under contract that they will be bringing out in 2019, and I can't imagine breaking tradition and not writing a Christmas picture book for 2019.

No, but I took two college writing courses as a non-matriculating student. Both were titled "Writing and Selling Nonfiction" and dealt primarily with articles.