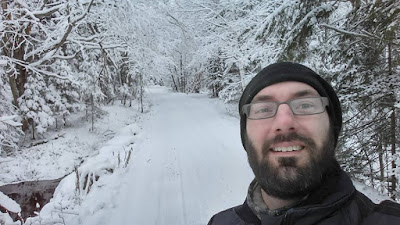 Here is Children's Author Shawn Robinson I had the privilege of interviewing him on my blog.
He is a pastor at his church He also asked me to review his book be looking for that on the blog too.

Q1. when did you decide you were going to write a book?

A. I’ve actually wanted to write books for years, but it was always one of those, “I’d like to do that someday” kind of things.  I never got around to it.  I was always too busy, and it seemed like a lot of work.
Everything changed for me when I was rushed to the hospital one day by ambulance and, a few days later, found myself in an isolation room in the hospital with a viral infection in my brain.  I didn’t know if I would live or die (spoiler alert, I lived), but as I lay there, I decided to write a bedtime story for my sons.  The story grew chapter by chapter and turned into a full-length novel.  As I shared it around, I found it was extremely well received, and I was encouraged to get it published.
During my recovery, I wrote the sequel for the book and have continued to write since that time.  Writing has been a great help to me in my recovery, and it is something I enjoy so much!


Q.2 how did you come up with the name of your books

A.I’ve never been good at coming up with titles.  I find it easier to come up with a story idea and outline an entire book than create the book title.
For my novel series, I made up the word I used as the main title.  I thought an “A” name would sound best and started throwing letters together until I came up with “Arestana.”  You’ll have to read the book to find out what  Arestana. means. I won’t spoil it.

After I named the book and had all three books written, I found out  Arestana.is Romanian for “arrested.” I’m not sure what to do about that.  I’ve contacted Romania to see if they would change their word for “arrested” to something else, but they claim they had it first.

Wow… that’s a huge question.  First, I’m still recovering from my viral brain thingamajiggy, so I’m actually off work and trying to give my head the rest I need.
Second, while I’m recovering, I’m focusing in on writing as I’m told it is good for my brain.  Third, my blog (www.shawnpbrobinson.com) is a resource for self-publishers to find answers on how to self-publish successfully.  I blog about the self-publishing process and encourage other writers along the way.
On top of that, I’m hoping to get started on a new novel series geared at an older age group.  I am aiming to have it outlined by mid-August and to start writing shortly after.
Since I have been told repeatedly that writing is so helpful to my recovery, I keep pushing ahead and writing more and more.  This is fun for me but has the unfortunate side effect of exposing the world to my odd style of writing.
I love to laugh and I love a good adventure.  Because of this, I have packed my stories with a lot of humor and a lot of adventure.  They’d been compared to Douglas Adams (Hitchhiker’s Guide to the Galaxy), although my books are a little more appropriate for a younger audience than Douglas Adam’s works.  


A.I’ve been telling stories to children, youth, and adults for about twenty-five years, but most of my actual writing has been academic/non-fiction/spiritual.  It wasn’t until my stay at in the Hospital that I really started focusing in on fiction.


Q 5. What advice would you give other authors?

A, Take your time.I find many authors are in too much of a rush to get where they want to go. A lot of times, the detail, and the dialogue are where the story really comes together and becomes interesting. Because authors are in a rush, characters aren’t developed well and readers can’t picture what’s going on. It is hard to get immersed in a story when there isn’t enough detail.Wait… some of you are struggling with all that. You’re screaming inside, “but too much detail is boring!” Yup. It’s true. It’s also true that the wrong detail is terribly boring. Often quality is found in the balance.

Q 6. where can people find you online?

A. Where can they find me online?  As much as I try to be mysterious and hard to find, people can track me down on my blog, my Facebook page or on Twitter.  Come to say hi!
www.shawnpbrobinson.com
www.facebook.com/shawnpbrobinsonauthor/


Q7 do you plan on making more books in the future

A.Yup! I have another two in the process right now. One is coming out on November 5/18 and the other should be out early in 2019.I also have a prequel planned for the Arestana. series (it’ll likely be a two-parter). Many of the ideas for the prequel are written out, but the book is not outlined yet, and I haven’t started to write.
I have a new series in the works that I hope to start writing by the end of the summer. The new series is geared toward an older audience (my other books are written for middle grade/young teens).I also have plans for a non-fiction book based on a Psalm from the Bible, but that book won’t likely be written for about a year or more.

Q 9 did you go to college to be a writer?


A. I did not, but I’ve often thought that I would like to pursue a Masters in Creative Writing.  Perhaps one day, but for now… I write!