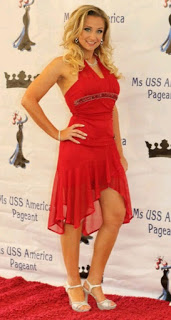 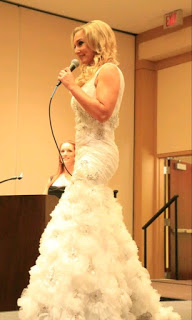 This is a beauty, queen Beverly, she is just not a competitor but she likes to spend time traveling as a pageant judge too.

she got started when she was a teenager. She competed in her first pageant the 1996 Miss teen Wisconsin pageant.  Although she did not place. She still enjoyed competing and the feeling of transforming into a model,

The very next year she competed in the fairest of fair competition at the local Waukesha county fair and was awarded miss congeniality. Over the next two decades, she decided to further her family and her career  as her focus,

were she became the first runner-up as ms Texas,

As a judge, she has mentored young and old by judging tiny girls boys all through senior competitions. This includes judging within her hometown and within  2 hours as well. She believes it is important to draw out the real power of every female and she believes pageantry should be more than just what you see on-stage there are pageants for girls and boys and women of every age bracket.

Each system focuses on something a little different that is, Some have bikini other have fitness. She as seen some pageants that offer more points for what is done prior to the day of the event than the catwalk. Some systems even require the competitors to create a book of the work that person had done for there community.

In summary, she believes pageants help to promote what a female can do for the people around her,

In addition to the many roles and responsibilities in her everyday life. A woman is not defined solely on beauty. But with the right type and amount of encouragement.

Can go to places even herself thought to be impossible. She never dreamed she would gain the confidence to get on stage and compete in a bikini, Nor did she think it would be her strongest area. She tells every woman to be the type of women people would what to encourage and stand behind!

Attachment photos are from the miss united southern states of America pageant August 2016.

And what it takes to be a beauty queen and how long it takes to be in a pageant it's so much more than what you see on TV  and on stage there is more too it,