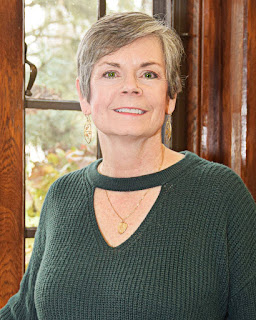 Q.1 When did you decide you were going to write a book?


A.I've known I was going to write a book since I was big enough to hold a pencil.

Q.2 How did you come up with the name of your books?

A. This first one has been through several iterations. I sent the early chapters into several contests under different names: Demon's Wager, Demons Don't (it won the Golden Heart under that title) until finally, a friend suggested The Demon Always Wins, riffing off the poker theme in the book.
Q.3 What are you working on now for 2018?

A. I just sent the second book in my Touched by a Demon series off to my editor. It's called The Demon's in the Details and I hope to release it in January. And I'm working on the first draft of the third book in the series, The Demon Wore Stilettos.

Q 4. How long have you been writing?

A. Just shut your hand in a car door. It's about the same amount of pain, and if you have health insurance, it's cheaper. Just kidding. Joking aside, I'd say only do this if you truly love the process of creating story worlds and characters. It takes a long time and a lot of work for most of us to become proficient at writing fiction—I read somewhere that "your first million words are just practice." If I add up all the drafts of all the manuscripts I have in the drawer, I'm probably double that. I'm a slow learner. So if you don't truly love it, do something else, something you do love.

Q 6. Where can people find you online?

Q7 Do you plan on making more books in the future?

A. The plan is to write a book about each of the seven deadly sins. My next book, The Demon's in the Details, is about Abaddon, the demon of sloth, who is also the head of Hell's technology hub. Because that's why we invent technology, right? Because we're lazy and want to avoid work.

Q 8 how many books have you written?

A. I have five in the drawer and two completed Touched by a Demon novel, plus a Contemporary Romance, Girl's Best Friend, that won the Pages from the Heart contest a couple of years ago. The hero of that one earned their Hero of Our Heat award across all entries, both unpublished and published. Not sure exactly what I'm going to do with that one. Since it's not the same sub-genre as my Touched by Demon books, I'd have to start all over, building an audience.

Q 9 Did you go to college to be a writer?

A. I started college as a journalism major but dropped out to marry and raise a family. When I went back, I studied to become a computer analyst, the field I was working in. It was only years later that I decided to once again pursue my dream of being an author, so I enrolled in the Romance Writing program at McDaniel College, where I studied with one of my author crushes, the amazing Jenny Crusie, who is not just a brilliant writer, but also a brilliant teacher. That was where I finally learned how to plot a compelling novel. I think. I guess I'll let you be the judge of that!