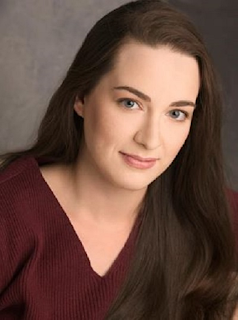 A. I’ve found that, as I continue to grow as a writer, I’ve grown more selective as a reader. I tend to choose books from the same genres that I write… mysteries, historical fiction, fantasy… and I gravitate back to older books more than newer. I like stories that move at a good, steady pace, almost like a well-made film; that isn’t preachy, but still, give you something to think about; and that have well-developed characters that act like real people.

Q2.when did you decide you were going to write a book? I’d been

A.writing screenplays since the early 2000s and I’d gotten some notice for them, but getting into that industry is notoriously difficult and expensive. Then I learned about the rise of indie publishing, KDP and such, and decided to try adapting the stories into novels.

A. Poetry, songs,
old-fashioned expressions… they all have played a role in naming my books. I draw them from the stories themselves as well. The Bloodline series, for example… BLOODLINE, QUICKSILVER, and WOLFBORN… The titles are all drawn from the books themselves, and elements of the plot. Same thing with THE MEMORY OF TREES, the first Kate Gardener Mystery… I drew that title from a conversation in the story, and the idea that trees are full of the memory of everything they’ve experienced and been exposed to, which is recorded in their growth rings.

A. This year I’m working on contributions for some anthologies, as well as an 8th Kate Gardener Mystery. I’m playing with a number of other projects, too, and waiting to see which one surges forward.

A. Decide from the very beginning what you want this “writing thing” to be and operate with that in mind at all times. As I’ve made my own journey, one that’s really just beginning, I’ve had the opportunity to observe a lot of other authors at all ends of the spectrum on the pro/am scale. Some are really just in it to have fun and tell some stories and really aren’t in for the business part of it… nothing wrong with that, really, if that’s what you want… There are others that are really focused on learning the business and trying to build a career that gets them noticed… nothing wrong with that either… I think it’s important to decide which path you want to take when you start, though, and really focus on following that path.

Q6. Where can people find you online?

A. I have a website, and I’m also active on social media via the links below. You can follow me on BookBub and Amazon as well.
LINKS
Website: www.gabriellamessinawrites.wordpress.com
Amazon: www.amazon.com/author/gabriellamessina
BookBub: www.bookbub.com/authors/gabriella-messina
Facebook: www.facebook.com/authorgabriellamessina

A. Oh, yes, absolutely! I have lots of ideas for stories, full-length and short. I also have a couple of other screenplays I’d like to adapt to book-form as well.

A. No, actually, I majored in Theater Arts. I’m a self-taught screenwriter, though I did take a small course in it after I wrote the first couple of scripts.

I would like to say thank you to the Author Gabriella Messina for allowing me to interview her on my blog.