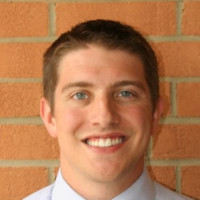 Q1. Tell us about yourself. What are your favorite books to read?

A. I’m a young author originally from Pittsburgh. I grew up on the action and adventure stories like Indiana Jones, Batman comics, and James Bond. Early in life writing was my hobby and I loved creating my own stories. Now, in adulthood, I’m enthralled with epic tales like Game of Thrones and Angels and Demons, which has influenced much of my writing.

Q2. Where did the inspiration to write come from?

A. I was 23, working 9-5 and made a decision that I wanted more out of life. I’ve always daydreamt and had stories built up in my heart that kept knocking to get out. I was dealing with some personal struggles at the time and came to the realization that life is too short to dedicate it to anything that you don’t love. I didn’t love my work, but I loved my writing so I started writing.

Q3. How did you come up with the titles of your books?

A. My primary series is titled “The Shadow Gospels”. I’m a Christian, so I try to weave those values into my stories in a cohesive way. The novel is an apocalyptic narrative but is designed
to put on display how God uses even the darkest of times to create something beautiful in the end.

A. The first iteration of the Shadow Gospel’s trilogy is being pitched to publishers by my agent and me. In the meantime, I’m continuing to write the sequel and have undertaken two other projects. One’s working title is “Drones” which is based off a short story that will be published in a sci-fi magazine in June. Drones explore the trap of the modern rat race and how evil uses it to draw us further from the good world God intended.

Q6.  What advice would you like to give to other authors?

A. Do your research and understand the rules of the game. If you want to be traditionally published, learn what it takes and the steps required. Do the same if you decide to self-publish. There are a lot of plays out there that try to separate authors from their money to see their story told. Be vigilant when it comes to protecting your story because it is valuable and it is yours.

Q7. Where can we connect with you online?

A. Mainly on Facebook. My online presence has been limited, but with a future publication coming out, I’ll be creating an author page and become present on more social media outlets.

Q8. Do you plan on writing any more
books in the future?

A. Definitely. I still have two more books to write for the Shadow Gospels and Drones is still in progress. I also have plans for a fantasy story and various others.

A. So far, just the one. Hopefully, when it’s all said and done it’ll be many!

A. I did not. I went for business which has been invaluable in my pursuit of a writing career.