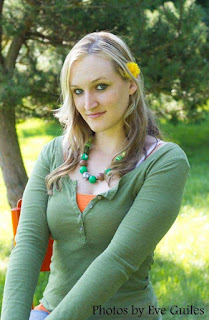 Q1. Tell us about yourself. What are your favorite books to read?

A. I have several genres I enjoy reading. My first love will always be mystery books. I read Nancy Drew as a kid and was fascinated. That continued as I have gotten older with Mary Higgins Clark. Fairytale retellings are another favorite of mine. The Looking Glass Wars was the first book like that I had ever read and I haven’t stopped since. Last, historical fiction is another favorite. My dad is a history teacher, and so they have always drawn me to history. My focus right now is on Tudor England, and there are some great stories to be found.

Q2. Where did the inspiration to write come from?

A. I’ve been writing for years, once I read my first book and realized I had stories to tell. I had teachers who would take the stories I wrote and bind them for me (both my second and third-grade teachers did this) like real books. The first actual story I wrote was fan fiction (although I didn’t know it at the time) about Hercules from the TV show with Kevin Sorbo in it. But it wasn’t until I learned about self-publishing that I realized I could share all those stories with the world.

Q3. How did you come up with the titles of your books?

A. I try to pull the names of my books from their plots. My murder stories, for example, are all titled based on where the murder occurred (only one book is currently published). Prophecy Child, the book I’m working on, got the name from the plot in that the MC is a teenage girl (or child as some adults would see her) and there is a prophecy that may talk about her. The rough working title before that was ten times worse, so I’m glad that never has to see the light of day!

A. 2019 has a lot of fun stuff happening. I am working on Prophecy Child; I have a fantasy novel, the first in a five-book series, at the editor, and I have a short story ready for an anthology I will be a part of later this year. I’m also researching for my own historical fiction novel, but that one won’t be written until next year. I will start book two of the fantasy series here shortly and can’t wait to see what others think of the first one.

A. Since elementary school. I remember in our computer class we were supposed to be doing this ultra key typing thing. I went through it twice because it had crashed the first time around and showed it to the teacher at the end because it crashed again. I asked if instead of doing it a third time, could I write instead, which she agreed to, as long as she got to read what I wrote. I walked back to that school for the three years I was in middle school to let her read my writing. I wrote stories with friends in high school, but there wasn’t a lot that I could salvage as something worth working on now, except my murder mystery series, the first of which I originally wrote in high school. It doesn’t really resemble what I wrote initially, but the bare bones are there.

Q6. What advice would you like to give to other authors?

A. Don’t stop writing. No matter what anyone tells you, these are your stories and you should write to them. No one can tell them the way you can.

Q7. Where can we connect with you online?

Q8. Do you plan on writing any more books in the future?

Q9.How many books have you written?

A. That’s hard to say since I wrote a lot when I was in high school and didn’t actually keep count. If I had to guess, I would say that I wrote ten or so books altogether, from start to finish? Not all of them are published worthy, but they all served a purpose. I had an idea, and I got it written down. That’s half the work right there!

Q10.Did you go to college to be a writer?

A. No, I actually didn’t. I originally went to school to be a nurse but then joined the Navy instead. After the Navy, I went to school to be a vet assistant, but soon realized they don’t make enough money for the amount of work they are expected to do. I have associates and would love to get a bachelors but don’t feel it’s required to be a successful author.