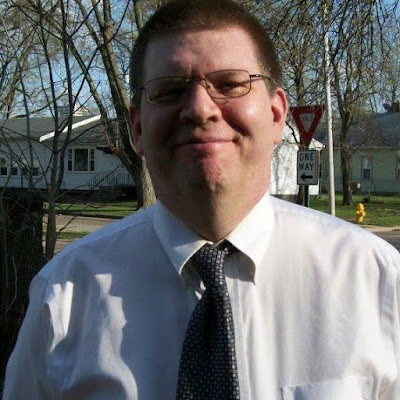 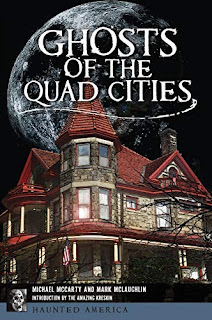 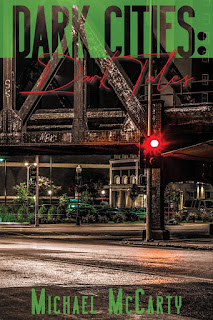 Q1.   Tell me about your self what are your favorite books to read?
A:    My name is Michael McCarty. I was born in the state of Iowa then moved to the state of Illinois. I have been writing forever … decades really. And getting paid for it. I have been published in such magazines as “Star log,” “Fangoria,” “Cemetery Dance,”  “Filmfax,” I was a staff writer for Science Fiction Weekly  (the official website of the Sci Fi Channel before it became the SyFy Channel) from 2001-2008 and a number of others.
2003, I published my first book called Giants of the Genre and have published 45 other books since. I have a blog about that and here is the link:

Q2:  When did you decide you where going to write a book?
A:     The first book I written, wasn’t the first book that I got published was called Liquid Diet. My girlfriend at the time Cindy (who is now my wife) and I would hang out at the haunts of Chicago and talk about vampire movies and books. Which inspired me to write about a vampire in Chicago.

Q3:  How did you come up with name of your books?
A:   I usually come up with the name first, then write the book. I guess, many years of writing headlines for newspapers, book titles are fairly easy for me. I look for something that will catch the readers eye, but will also some of the entire book such as:  A Little Help From Fiends, Ghosts of The Quad Cities, Lost Girl of the Lake, Monster Behind The Wheel, Apocalypse America! … you get the

Q5: How long have you been writing?
A: As long as I can remember. I wrote a play for my third grade class about Dracula’s birthday party getting interrupted by honeymooners (this was long before the Rocky Horror Picture Show came out.)
I started writing for the school newspaper The Jaguar News in sixth grade. My first pro sale was in 1983 for a regional music magazine. My first national sale was in 1993 to Starlog. And my first book was in 2003.
My first interview was in the 6th grade with my 5th grade teacher Mrs. Stonebraker, on whom, I had the biggest  crush.

Q6: What advice would you give other authors?

A: I’d hate to use this space just to plug a book, but the book was written just for authors (beginning and advance) called Modern Mythmakers: 35 Interviews with Horror & Science Ficiton Writers and Filmmakers. Ever wanted to hang out with legends like Ray Bradbury, Richard Matheson, and Dean Koontz? This is your chance to read fun anecdotes and career advice from a wide range of Horror, Science Fiction, and Fantasy authors and filmmakers. Modern Mythmakers is a collection of 35 interviews from horror and science fiction's most influential writers and filmmakers, including… Ray Bradbury Dean Koontz Richard Matheson John Carpenter John Saul Graham Masterton Joe McKinney William F. Nolan Peter Straub The Night of the Living Dead crew (including John Russo, Kyra Schon and Russ Streiner) Elvira Whitley Strieber Christopher Moore …and many more. I ask these giants of the genre such questions about writer’s block, inspiration, plotting, character development, writing books and screenplays and more. The ebook is only .99 cents. The trade paperback is more, of course. Here is a link: Kindle: http://amzn.to/2cpr637 Nook: http://www.barnesandnoble.com/w/modern-mythmakers-michael-mccarty/1008846244?ean=2940153349589

Q7:   Where can people find you online?
A: I’m on Twitter as michaelmccarty6. My blog site is at: http://monstermikeyaauthor.wordpress.com
My official Facebook page: http://www.facebook.com/michaelmccarty.horror

I’m also on Good Reads and my books are available at Barnes & Noble
and my Amazon page is:
https://www.amazon.com/Michael-McCarty/e/B001JS0L06

Q8:   Do you plan on making more books in the future?
A:   I plan to write three books for 2020. I'm not at liberty to talk about all of them right now, but I can say that my regular collaborator Mark McLaughlin and I will bring out an updated version of our novel Monster Behind The Wheel, which has been out-of-print for a long time in print form. The eBook has been out of electronic print for about a year or so.

Q9: How many books have you written?
A: 45 so far. Or around that. I am not very good at keep track. I’d like to eventually write 50 books, it is not like, you get an award if you reach 50 books. But that is my goal. It is important to have goals in writing. And talking about awards I have won: “The Creep of the Week” on Acri Creature Feature TV show and David R. Collins’ Literary Achievement Award from the Midwest Writing Center. 5 of my books were on the Bram Stoker Final Ballot, but none of them won. Horror and science fiction writer (and my former editor) Scott Edelman sent me a button that says “5-Time Bram Stoker Loser,” which I love. I write books for my fans not to win awards

AQ10:  Did you go to college to be a writer?
A:   Yes. And it was really a last minute thing. Most people have their college plans started in fifth grade. Mine was my senior year when my academic advisor asked if I planned to go to college at that point, I hadn’t even thought about it much, but decided to go, because my Uncle Larry had graduated from college.
So my advisor had me sign up for free college tours around the area: Marycrest College, University of Iowa and Scott Community.
I ended up going to all three. I was a professional student for awhile.
In your college career, at some point, you have to declare your major. I didn’t know if I wanted to go with Journalism or English. So I did a double major.
Because I graduated with a degree in journalism and English, I really love writing fiction and nonfiction. They’re both my true loves.

Please check out my latest book, Ghosts of the Quad Cities by Michael McCarty & Mark McLaughlin. It is a collection of true ghost stories set in the Quad Cities metro area. It is a book I am extremely proud of.