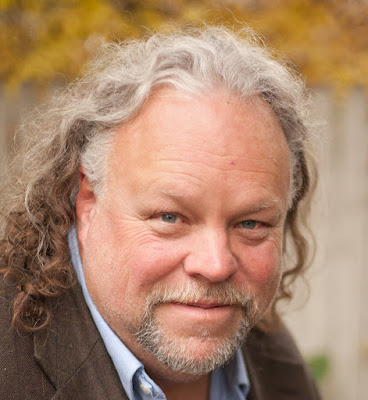 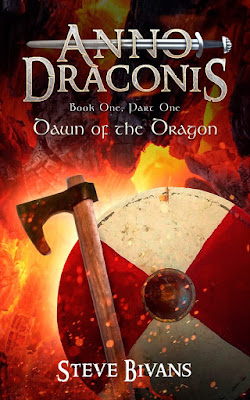 A. I’m a writer and author, among many other things. I’ve self-published six books, most of them non-fiction. Three of them have been sub-genre best-sellers on Amazon. Top among those was Vikings, War, and the Fall of the Carolingians, which was my master’s thesis at the University of Minnesota. It’s an English translation of a Latin text from medieval France in the 9th century.

My latest book, Anno Draconis: Dawn of the Dragon, is part one of a historical fiction series, based on the Vikings in France. MyBook.to/Draconis1

Top of my reading list? Lord of the Rings. I’ve read it like 11 times or something. I’m a total Tolkien geek. I’m NOT a Nerd, however. Nerds pick their nose and live in their mother’s basement. I live in a house with my partner in St. Paul, MN, but I’m originally from the American Southeast, North Carolina mostly.

A. My first book was written in 2013-14. I was pissed off at the state of the world, so I sat down to attempt to solve all the world’s problems. Yeah, I know, ridiculous and presumptuous as hell. But I did it. Mostly. The result was Be a Hobbit, Save the Earth. In it, I used Tolkien’s Middle Earth as a lens through which to view our own. It was a fun exercise and has been received well by most Tolkien fans, or those who have actually read it.

A. I love naming things. I believe there is an imbued power in language. Not inherent, mind you. We GIVE it power. It’s one of the reasons I’m a writer. Titles are easy for me. Most of the time I have a working title before I even begin writing. Sometimes that sticks, like Be a Hobbit and my second book, The End of Fear Itself. I had already begun writing it. I knew the topic was Fear. Then I woke up one night with F.D.R.’s speech in my head and I knew, right then, what the title would be.

My current work, my first historical fiction series, Anno Draconis: Dawn of the Dragon comes from my work with Latin, and with languages in general. It means, ‘In the Year of the Dragon,’ and underscores the importance of language in the story. It’s about a young Viking warrior, Sigurd Hrolfsson, who is bent upon revenge and finds himself leading a contingent of the Viking Great Army in what’s now France.

Language is a big deal since he’s in a foreign land. But he has had training in Latin as a young child, something that comes out in the story. There’s also elements of magical realism because the people of the period very much believed in the supernatural: magic, demons, spirits, monsters. But it’s very subtle in this story. At least I’ve tried to be subtle with it.

I also title all of my chapters. Simply numbering chapters is pointless. Numbers are abstract. They help no one: not the author or the reader, who is trying to navigate around a large body of the text.

I’m currently editing Part Two of Anno Draconis, entitled Reign of Wolves. It continues the story of Sigurd as the army advances up the Seine River toward Paris, which they will reach in Part Three: the City of Light, Kingdom of Serpents. You can find Part One, on Amazon: MyBook.to/Draconis1

A. Seems like forever. My first ‘piece,’ if you can call it that—I don’t think anything was written down—was a play. I ‘wrote’ it when I was in like a second grade for myself and my brother and some friends. I can’t remember if I had a title for it. It was about five minutes long, if that, a Western thing: cowboys and Indians. It was the 70s. My brother and I played the Indians. We were cut down in a blaze of cap-pistol gunfire. I guess you can say it was my first historical fiction piece. lol.

But my current writing phase began in college and graduate school, so 2004, I guess? My first actual Book was in 2014.

A. I have lots, lol. First, you better really wanna do it if you want to be successful. I’ve had a modicum of success, more than most probably. But I still can’t say I’m making a living.

Personally, I think the writing and editing part, while exceedingly difficult, are the easy parts. Marketing is a bitch, and while I’ve had some successes, mostly I have no clue what I’m doing.

I still believe self-publishing is the way to go, though. Yes, it’s shitloads of work, but publishing companies simply don’t do the stuff we think they do. They will help with a lot of the easiest stuff: covers, editing, proofreaders, formatting. But when it comes to marketing, you’re still gonna have to do most of the work. They take a big chunk of your royalties just to do the small stuff.

A. Pretty much everywhere. That’s probably a mistake I made early on: trying to do it all. But as a result, I’m easy to find if you happen to be looking for me. I’m on Facebook, Instagram, Twitter, Goodreads, etc. All under my own name: stevebivans. I also have a website and blog under my name. www.stevebivans.com. I’m also on Amazon, of course: author.to/SteveBivans

You can find them all on Amazon: author.to/SteveBivans

10 did you go to college to be a writer?

A. Not precisely. I studied history at East Carolina University for my bachelor’s degree and Medieval History at the University of Minnesota with a focus on Viking military history. I did a ton of writing for all of that, of course.