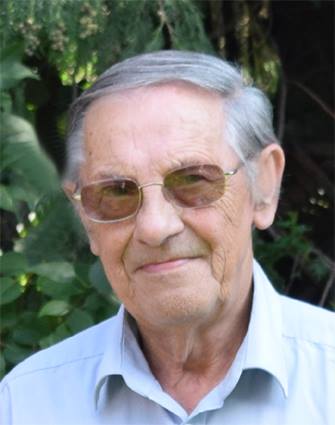 A. I was born in Bishops Stortford, Hertfordshire, during World War 2. Clearly, the world had a lot to contend with at that time, so my coming offered some welcome relief. Whether I had a

major influence or it was pure coincidence, I shall never know, but the war ended shortly after my birth. I have always been a half glass full kind of person, and I’m quite positive in

my approach to life. I was brought up on a diet of Rock ‘n’ roll, and only two TV channels. How did we ever manage I wonder? Programs like Bilko and Tony Hancock helped I guess, and probably accounts for my sense of humor. I was brought up on the writings by Enid Blyton. Then I progressed on to Wilbur Smith, Hammond Innes, and Alistair Maclean...

A. I came into writing fairly late in life. I guess, like many people, I had always wanted to write a novel, but I could never think of a decent, original, plot. Then in 2005, we went to the Lake District in Austria. We stayed in a small village called Grundlsee. This was the first of three lakes close to each other. The second lake, Toplitz, had been used by the German Navy in World War II. At the end of the war, there were rumors that large quantities of gold had been hidden in the lake. This was the catalyst that leads to “The KammerseeAffair” published in 2006. It is a story of the search for hidden Nazi gold; a story of blackmail, murder, and revenge.

A.  Regrettably, there’s no secret formula. Some titles, like “Epidemic”, have come to me quite easily. Others, like “A Killing In The City”, and “Diagnosis Murder”, have (eventually) been suggested by the contents of the book. Others have taken a lot of thought, and maybe several forms are considered before finally settling on one.

A. Since my last book, “Diagnosis Murder” was self-published in December 2016, I have been trying hard to dream up a decent plot. At last, an idea came to mind, and I am working on a crime novel involving an art gallery, forgeries, and a murder or three. The book, “The Art of Murder” is finished. All I need now is permission to use a particular image for the cover, and I will be able to self publish. So it should be available sometime in August.

A. There is no end of people stating this rule or that rule. Show don’t tell; don’t use adverbs; don’t do this, and don’t do that. There are also many websites which seem to suggest how to write a novel. My advice is to forget all of that. But I would also say remember that no matter what there will always be someone who does not like your writing. You will never please everyone. So don’t worry about pleasing everyone. Write to please yourself. As long as you like what you write that’s good; if someone else likes it, then that’s a bonus.

Q7. Where can people find you online?

A. I don’t have a blog or anything like that, but My Amazon.author page is https://www.amazon.co.uk/John-Holt/e/B003ERI7SI/ref=dp_byline_cont_ebooks_1

A. I have recently started work on another crime novel, “An Act of Murder” is the working title. It’s set in a village hall, where an amateur dramatic company is performing a murder mystery. One of the cast is murdered right in front of one hundred witnesses. Early days, so we shall have to wait and see

A. I have 9 novels and 3 novellas self-published to date. Apart from “The Kammersee Affair”, and “The Thackery Journal” (set during the American Civil War), my other books are all private detective stories.

Q10 Did you go to college to be a writer?

A. I was educated at a Grammar School, in London. I never went to college though.