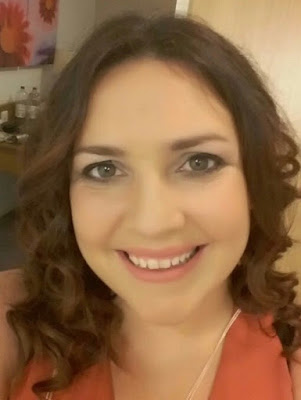 A. I’m a historical romance writer from Dublin, Ireland. I still live in Ireland with my husband and three children.

I read anything and everything! I’ll give any genre a bash, though romance of any kind is my preference. My all time favorite is Jane Austen and I could probably quote more of her work word for word!

Q2. when did you decide you where going to write a book?

A. It was Christmas 2013, and I was talking with Rachel Van Dyken about her next release. She offered to read anything I had and so I hastily put together three chapters of a book that I hadn’t even really thought of before then! Her husband had just started a publishing company and loved them! So in March 2014 then hastily put together idea became my debut book, and book one of three in my first series!

But I had been writing stories since I was a child. I just never thought I’d be lucky enough to actually do it for a job! 🙂

Q3. How did you come up with name of your books?

A. Sometimes I come up with a title before I even write the book! A lot of times, a book title will pop into my head and I’ll go “hmm, what story would that be?”

Other times, I’ll start writing my idea and somewhere along the line a title will make a sudden sense and I’ll think right! That’s the name of it!

A. I have a four book series coming in 2019. Seasons of Love. And at least two Christmas ones. I’m also working on a pirate romance which I’m so excited about since the pirate is the heroine and not the hero! It’s called The Pirate Queen and will hopefully be out early 2019!

A. I’ve only really been seriously writing since 2014. I have three children under 12 and they’re in so many extra curricular things. Plus my husband works away a lot so I don’t get to write as much as I’d like but I do keep plodding along!

A. Write! Write! And write some more. We all seem to be filled with self-doubt but you should do it anyway. You can always fix something you don’t like but you can’t fix something that doesn’t exist!

Q7. where can people find you online?

A. There’s not really any escaping me!

I also have some plans for contemporary sweet romance so fingers crossed they work out!

A. Not to be a writer. In fact, my degree is in law which is pretty far removed from the glamorous world of regency romance!

Beauty And The Duke

The Saints & Sinners Series
The Monster of Montvale Hall
The Angel of Avondale Abbey
The Devil of Dashford Manor
The Saint of St. Giles

I had so much fun doing this, thanks!