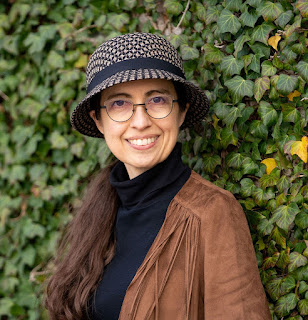 Q1. Tell me about your self?
A. Originally from Michigan, I combined a love of pedagogy and ecology into a 14-year career as an elementary science specialist. After teaching four-footers – that's height, not leg count – I pursued a Master's in Adult Learning with a specialization in Performance Improvement. My published works include science fiction, fantasy, and GameLit novels; a passel of short stories; and a few educator resources. When I'm not reading or writing, I'm currently working as a tech writer, hat collector, quilter, crafter, and strange joke teller.
Q2.What are your favorite books to read?
A. That's quite a list! Here are some of them.
Bruce Hale's Chet Gecko series
Jude Watson's Jedi Apprentice series
Gordon R Dickson's Childe Cycle
Janet Kagan's Hellspark
Victor Hugo's Les Miserables
Q3. When did you decide you were going to write a book?
A. I first wanted to write a novel in junior high. That one never came together, so I returned to writing short stories. Nearly a decade later, I decided to try again with a different plotline. That one did come together, but the manuscript was lost in a hard drive crash. Someday, I'll rewrite that one. About that same time, I wrote a novel based on a series of short stories I'd written in high school. After a lot of mutation, it became the currently published work Remnant in the Stars.
Q4. How did you come up with the name of your book?
A. Remnant in the Stars went through several name changes. The original series of short stories were based on a GURPS Space adventuresome friends and I played in high school. The pals playing that game had named the ship after their favorite band: Aerosmith. Adventures of Aerosmith was the original working title, but obviously, that would've had some issues, so it needed mutating. That took some doing. Coming up with interesting titles for books is something that I really struggle with sometimes. As the story developed and mutated into its current form, the plot of seeking the surviving crew of the destroyed ship provided the title.
Q5. What are you working on for 2021?
A. I have a bunch of plans for about two dozen different projects. Some are in process and waiting on others and others are in various stages of planning. Presently, I have a couple different projects that are looking favorable for next year.
The first is a comic book miniseries based on my GameLit novel Animal Eye. The first issue's script is written. It's with the publisher now getting checked out before sending it to the artist. There are six parts to the series, so I suspect issues 2-6 are on the immediate horizon.
I also finished the first draft of Suitable Arrangement, the sequel to Lines of Succession. Suitable Arrangement is huge. It's probably going to become two books because there are several pieces missing, especially in the latter part. So, there may be a good bit of work on that in the next year, too.
Q6. How long have you been writing?
A. My ma tells me I started writing stories when I was 6 or so. The story was science fiction, about a talking dog and his pet cactus.
Q7.What advice would you give other authors?
Tell the tale you have.
A. Be teachable but remember that stiff adherence to The Rules of Good Writing will result in stiff, boring stories.
Learn your craft well.
This isn't a zero-sum game. We can all win, so being will to help others and allow others to help you.
Q8. Where can people find you online?
A. My webpage is easiest: http://ckoepp.com
I'm also on Facebook: http://facebook.com/KoeppC
Amazon: http://bit.ly/CKoeppAmazon
Q9. What is your favorite coffee drink?
A. I have major food allergies. Coffee is toxic.
Q10. What is your favorite coffee shop?
A. With my allergies, there are very few places I can eat out, so I don't eat out much.
Q11. Do you plan on making a new book in the future?
A. Absolutely!  I have multiple plans for future books in addition to Suitable Arrangement. Here is a couple:
For the Glory, the sequel to Animal Eye continues the adventure. Jael is continuing the search for her cubs, and Nagheed and Ahva are sent on a quest to build a structure for the glory of Tsidkenu, but it's not what they think.
The City of Refuge is the novelization of an old serial that appeared on my (now defunct) blog. A grudge between two asteroid miners results in death and a chase across the galaxy.
Q12. How many books have you written?
A. Written? About 15 novels and a huge number of short stories and novellas.
Published? 8 novels and about a dozen short stories and novellas in various anthologies.
Q13. Did you go to college to be a writer?
A. I have three degrees (a bachelor's in Ecology, a post-bacc in Elementary education, and a master's in Adult education), but none of them were a part of my writing.
interviews