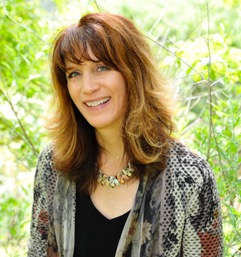 Interviewing Author Jennifer Sienes
Q1. Tell me about yourself?
A. That’s a broad question. I was born in northern California and lived there my entire life until just over two years ago when my husband, Chris, and I moved to Tennessee. I have a son who is just starting out in the film industry and a daughter who is a librarian working toward her master’s. I’ve been writing since I was twelve, although I never thought it would be my career. I taught middle school for years until I married Chris and he told me that if God put writing on my heart, maybe that’s where I should focus my time. I retired early from teaching to write. Ten years into it, I met my publisher at a writer’s conference and have been contracted with Celebrate Lit since.
Q2.What are your favorite books to read?
A. I really love good historical fiction because there are a story and an opportunity to learn something at the same time. Teaching U.S. history was part of my curriculum as a teacher, so one would think that’s what I write, but I don’t. I read across all genres, however.
Q3. When did you decide you were going to write a book?
A. I’ve been dabbling in writing novels ever since I was in high school, but my stories lacked depth. Then I went through a very difficult season—my daughter was in a near-fatal car accident that resulted in a coma and traumatic brain injury, my first husband of 22 years abandoned our marriage, my sweet mother lost her battle with leukemia, and my brother committed suicide. I used the emotions from those tragedies to inspire stories with more depth and substance. My first “real” book was Surrendered (Book 1 of the Apple Hill Series) was published in 2019 and Book 2 was published in April.
Q4. How did you come up with the name of your book?
A. I think it’s almost easier to write a novel than create a title. I really struggle with this aspect of writing. Illusions, which released in April, was titled something else first. But as the story unfolded and the theme revealed itself to me, the title became clear. Illusions were inspired by my daughter’s car accident, although the story in no way parallels my own story. The scenes depicting the aspects of brain injury, though, come right from the journal I kept during my daughter’s recovery.
Q5. What are you working on for 2021
A. I have a Christmas novella coming out in November (All That Glitters) and Book 3 of the Apple Hill Series will be released April 2021—Providence. This book was inspired by my brother’s suicide, although, just as with Illusions, it’s not based in reality. It’s totally fictional.
Q6. How long have you been writing?
A. Since I was twelve. I wrote short stories all through middle school and high school. I took every creative writing class I could in college and considered journalism as my major. But I found I enjoy writing fiction so much more than non-fiction because I can make the characters do whatever I want.
Q7.What advice would you give other authors?
A. Two things—take the time to learn the craft. Too many writers think they can just write something and get published. They can, of course, because self-publishing has made it easy. But if you want to write quality work, you absolutely need to take the time and effort to learn the craft well. Secondly, don’t give up. If you believe in your heart you should be a writer or have a story or message to tell, don’t give up. From the time I quit teaching to focus on writing until I got my first book contract, it was ten years. I went to writing conferences to learn the craft, made connections, and persevered.
Q.8 Where can people find you online?
A. My website is:  http://www.jennifersienes.com/and my Facebook Reader’s group is: https://www.facebook.com/groups/201300277587024/
Q9. What is your favorite coffee drink?
A. My favorite coffee drink is a hard one. It depends on the season. My daily drink is just coffee with a little sweetener and whole milk, but if I’m splurging, I like a mocha or pumpkin latte (fall) or peppermint mocha (Christmas)
Q10. What is your favorite coffee shop?
A. There is a great coffee shop in Springhill, Tennessee (not far from where I live) called the Fainting Goat. They have great Cuban drinks (half sugar for me) and gluten-free muffins. The ambiance is wonderful—different rooms for your seating pleasure.
Q11. Do you plan on writing a new book in the future?
A.  I am working on a new series right now set in Tennessee. My first series was set in Northern California. Book 1 of the new series is titled Night Songs. It’s scheduled to release in April 2022. I plan to have three books in the series, but it’s always possible I’ll have more.
Q12. How many books have you written?
A. I’ve written three novels and three novellas.
Q13. Did you go to college to be a writer?
A. No. I went to college to be a teacher—psychology was my major and I have a master’s in education. But I think any education is beneficial for a writer. I don’t know many fiction authors who went to college specifically for that reason.
Blessings,
Jennifer Sienes
www.JenniferSienes.com
Where Crisis & Christ Collide